Influence Marketing: Is It Worth Having A Look At It, Yet? – Infographic

Companies are starting to look for  influencers on social media and the web. While there are several platforms trying to measure influence, the accuracy of their results is questionable, at best.

Some of the most popular tools and sites to measure influence are Klout and Kred, among a few others. While Klout is quite popular around social media users, and companies looking for influencers, its ability to measure real influence is limping. In times when it is possible to increase the Klout score with posting “catpictures”, it appears Klout measures usage more than any relevant influence and seems to be far away from delivering a relevant influence score.

However, companies have discovered that real influencers can be of value for marketing purposes. Many have started digging for such influencers and go beyond the scores of any measuring tool and check for relevant content and reach beyond “just posts” on Twitter and Facebook. END_OF_DOCUMENT_TOKEN_TO_BE_REPLACED

Do you have Kred with your peers?  How much Klout do you have within your company?  Any idea how much Buzz your insights generate?  Feeling a little Topsy after a long day of marketing? END_OF_DOCUMENT_TOKEN_TO_BE_REPLACED

Can Kred Help You In Your Social Media Campaign? – Infographic 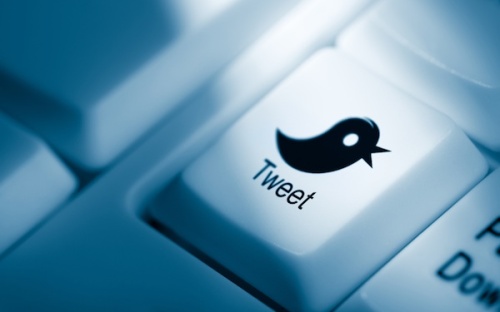 In another example of Twitter‘s growing contentious relationship with its partners, a judge ordered the company to continue providing its data directly to PeopleBrowsr.

PeopleBrowsr has used Twitter’s data for the past four years to create products like social media scoring platform Kred and Playground, a cloud-based social analytics platform. The company argued that being cut off from Twitter’s Firehose Analytics would cause irreparable harm to its business. A San Francisco Superior Court judge agreed yesterday and granted PeopleBrowsr a temporary restraining order. A hearing date for the preliminary injunction has been set for Jan. 8.

“We relied on Twitter’s promise of openness when we invested millions of dollars and thousands of hours of development time,” wrote Jodee Rich, Founder and CEO of PeopleBrowsr, on the company’s blog. “Long term supply is essential as this industry matures. We made this application to ensure full unrestricted access to the Firehose for our enterprise and government clients.”

Twitter responded with the opposition statement below. The crux of the company’s defense is that its business has matured from a handful of data customers including PeopleBrowsr to “hundreds” today. Twitter would prefer that PeopleBrowsr gets its data through three third parties — Topsy, Gnip and DataSift. Twitter used unusually blunt language to swat away PeopleBrowsr’s claim:

This is Contracts 101. Although PeopleBrowsr attempts to dress its case up as some sort of grand antitrust or interference case, it is not. The operative facts could not be simpler, or more dispositive. PeopleBrowsr and Twitter negotiated, at arm’s length, an integrated contract with a one year term, after which either party could terminate at will after giving 30 days’ notice. Twitter has exercised that contractual right. PeopleBrowsr attempts to ignore the plain language of the contract by imagining completely different contract, arguing that ‘Twitter contracted to provide an open ecosystem.’ … Nonsense.

The dispute comes after the social network has put a tighter leash on API partners to deliver a “consistent Twitter experience” across various platforms. So far, the biggest result of the change is the termination of Twitter’s LinkedIn partnership in June. The company is also considering dropping support for third-party image hosts, according to a September report in BuzzFeed.

Central to the disagreement is a question of philosophy. Some third parties believe they played a role in Twitter’s success and deserve payback, but also that Twitter is an “information utility” as co-founder Jack Dorsey dubbed it earlier this year. On the other hand, Twitter believes it should control its own brand experience and shouldn’t be burdened with the task of giving special treatment to some when its list of partners keeps expanding.

What do you think? Let us know in the comments.

Other top influencers include basketball scoring machine Kevin Durant, swimmer Ryan Lochte and gymnasts Jordyn Wieber and Aly Raisman. This all comes from the social media analytics company PeopleBrowsr, which recently pulled data using its Kred influence measurement tool to create the infographic below. Kred’s algorithms measure Twitter reach and influence, as well as how generous users are about interacting with their followers.

On a 1,000-point influence scale, James tops out at 999, while Phelps and Solo both score 977. But Phelps beats her out with a slightly higher engagement rating. Durant, it should be noted, beats both Phelps and Solo but apparently there’s a cap of one medal per sport.

Measuring social media influence is especially relevant for this year’s Olympics, which are seen by many as the world’s “first social Games.” Social media use has exploded since the last summer games, and the International Olympic Committee has ramped up its social presence.

Some athletes feel unfairly constrained by social media sharing rules, however. National Olympic committees, meanwhile, have already booted two athletes — a Greek triple jumper and a Swiss soccer player — for tweeting racist messages from London. And, after a medal round flop, British diver Tom Daley responded to a hateful social media troll by publicly outing him on Twitter earlier this week.